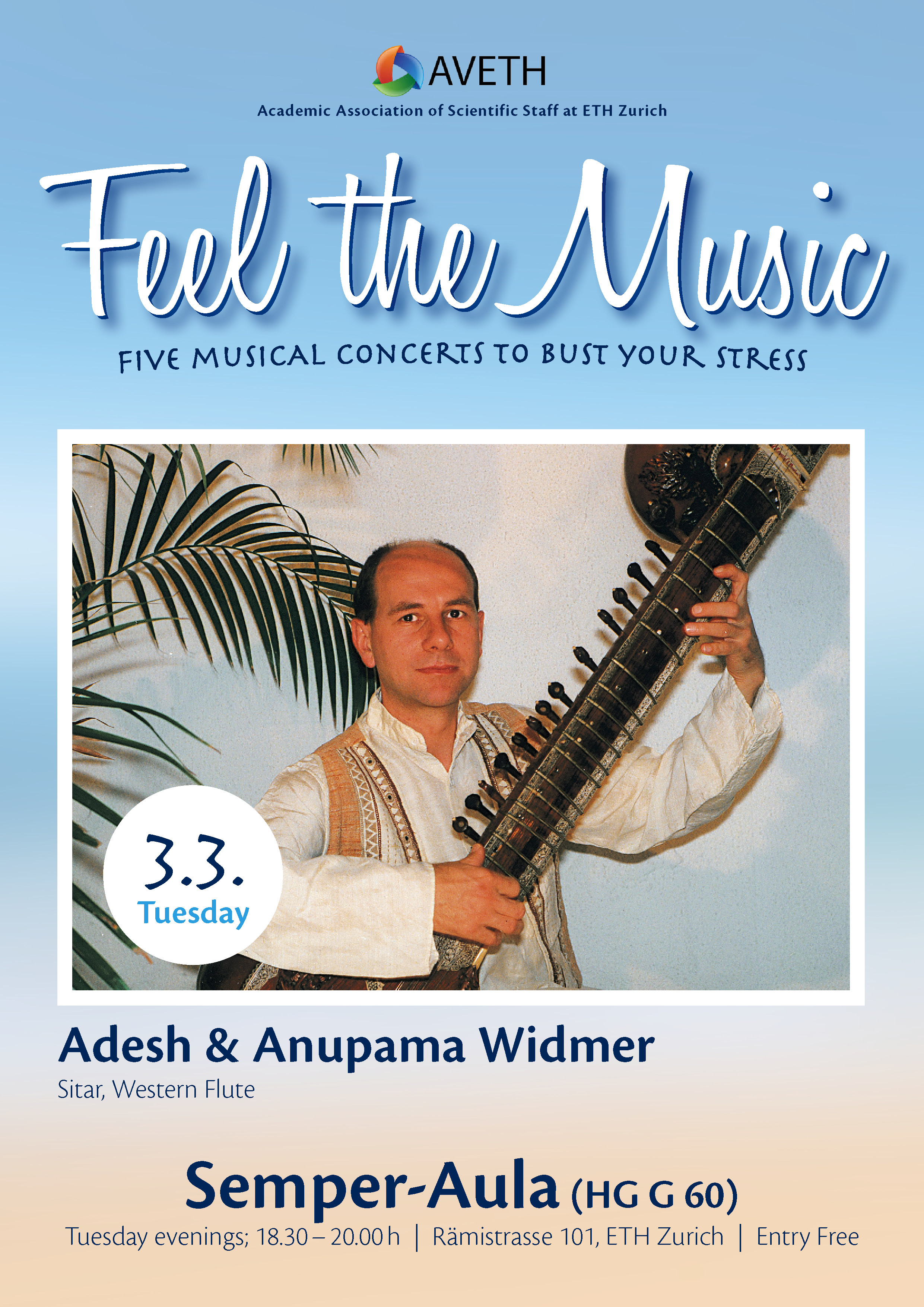 Feel the Music is a series of musical nights for you to enjoy a relaxing Tuesday after work. The five events will take place on Tuesday evenings between February and March in the baroque atmosphere of Semper Aula (HG G 60); ETH main building.

Adesh Widmer started playing the sitar in Sri Lanka in 1977. His daughter Anupama joined him in his concerts when she was about 15 years old. The Sitar is a traditional Indian instrument and has 22 strings in total. It originated from Persia – with 7 strings (Se-Tar = 7 strings) and was developed into the version that is played today. The body is made out of wood and the sound-body is made from pumpkin.

Adesh and Anupama are improvising compositions in the Indian traditional way, thus creating their own kind of ragas.

We look forward to seeing you at Feel The Music